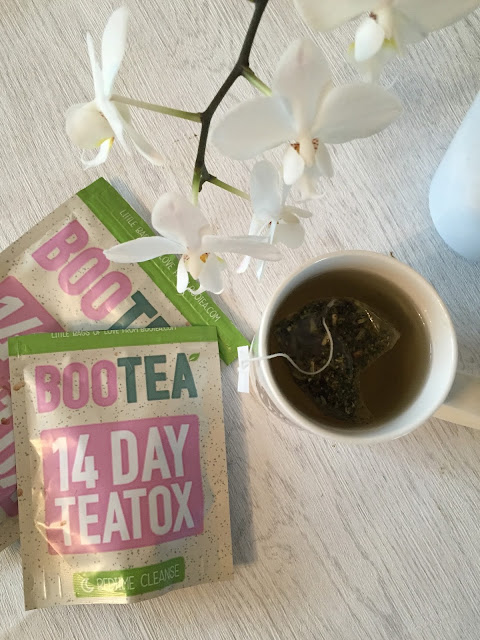 I have heard and seen a lot about the BooTea Teatox and have always thought "I guess I can try that one day" That day never really came about until a few weeks ago when I bite the bullet and went for it.

I had recently had a baby and was feeling amazing! I felt the skinniest I'd ever felt and the most confident I have been in my own skin. My body had just preformed something spectacular and I was full to the brim with adrenaline and a sense of euphoria. The weeks went by and all this confidence started to become drowned by the old insecurities pushing their way back into my thoughts...stubborn bastards.... So I thought that was the time to take  action. Unfortunately I couldn't brush my sports bras off and hit the gym as I would have caused myself some damage. Instead I wanted to try the Teatox as a gentle way of getting back into the swing of things and feel good about myself.

I went for the 14 Day Teatox which comes with a Daytime Tea and Night Tea. The Daytime tea should be drunk every day for the two weeks, doesn't matter what time of day, just as long as you get it down ya! The Night Tea is drunk every other night, starting with Day one. It explains on the packet that you will experience laxatives effects whilst using this tea, if I'm honest, it isn't as terrible as I had imagined. I was picturing waking in the mornings feeling as though I won't make it to the bathroom in time, but it was absolutely fine and nothing a trusty scented candle couldn't disguise!

The tea has only natural ingredients in so you won't feel as though you are reading a list of Star Wars characters on the back of the packets, a big plus in my eyes and not a bleached white tea bag in sight! Now if you are used to green tea you won't mind the taste of this tea at all, if it's all new to you however, just try a drop of honey.

You are now all thinking "Yeah that's great, but did you notice a difference?" and I did! Don't get me wrong, I didn't drop to a size 8 overnight, but I did feel a lot less bloated! In total I lost about 5lbs of my post baby weight which is just what I needed to feel better about myself. It's as though this little Teatox has given me a leg up over my mummy tummy flabbiness, teaming it with a balanced, healthy diet and some exercise (mainly pushing the pram the long way home) I'm starting to feel like my old self again, only now, when I do some at home yoga stretches, I have a little coo-ing cheerleader on the sidelines swinging in her chair!

So if you are after a easy way to give yourself a little boost in the right direction, defiantly give this Teatox a go! You can find out more about BooTea here 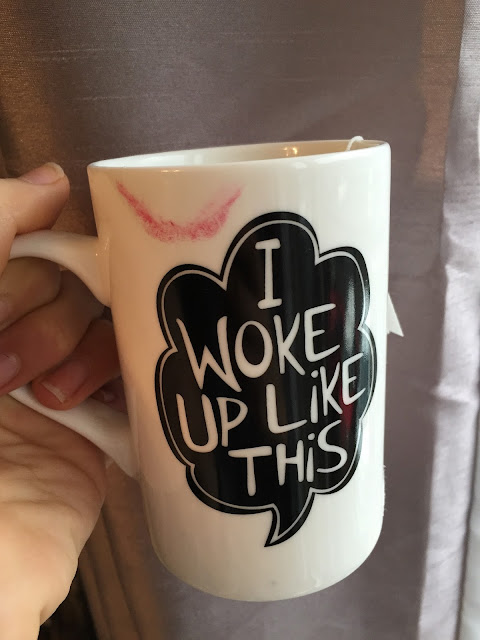